Get fresh listings via email, save your favorite listings, match with similar properties, and unlock additional property info.

The many skills possessed by our real estate agents are built upon the wide variety of successful backgrounds and experiences that they bring to Griffin Properties and its clients. Each of our agents is known and respected for their local knowledge, expertise and commitment to our communities, as well as their success in the Real estate market place. As a member of the National Association of Realtors®, we subscribe to their Code of Ethics, a set of values that guide us through every transaction. 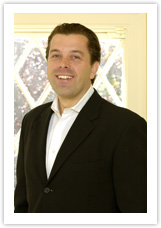 Chris Griffin began developing his business savvy at the age of 18 when he started his own wholesale and retail clothing business. After several successful years in this marketing and sales arena, he sold his five retail stores and transferred his considerable energy and enthusiasm to Griffin Properties where he has grown to be one of the top agents in the Cambridge real estate market. Chris possesses tremendous negotiating skills, and maintains long standing working relationships with many local developers. He also has extensive experience in condominium development projects and award-winning historical home restorations. Chris is also active in many charitable organizations and serves on the Board of Overseers at Mount Auburn Hospital.  A life-long resident of Cambridge, he lives in the Avon Hill neighborhood of Cambridge. He holds a B.A. in English from Salem State University. 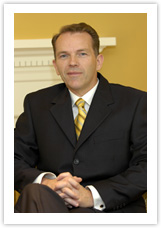 Having worked as an attorney specializing in the conveyance of real estate, Paul brings extensive legal experience to Griffin Properties and to the zealous representation of its clients. He recognizes that, underlying considerable emotional elements, the purchase or sale of a home is a significant business transaction that must be continually nurtured and monitored up until the time of the deed’s recording. The foundation of Paul’s business acumen and negotiating skills began during his work in the Tax Division of Price Waterhouse, and has continued to grow during his many years at Griffin Properties where he evidences the concern of an attorney, the care of a doctor, and the compassion of a counselor. Paul holds a B.A. in Economics/Finance from Saint Lawrence University in Canton, NY, A Juris Doctor from the New England School of Law in Boston, and graduate degrees in Canon Law and Sacred Theology from the Gregorian University in Rome. A native of Cambridge, Paul lives in the Peabody School neighborhood of Cambridge. 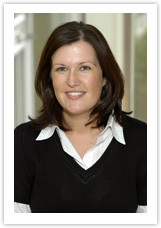 A native of Somerville, MA, Joanna has evolved into a true Anglophile after having spent her junior year of college in London. A trip “across the pond” is a casual event for her, as she has developed close ties to many people in her adopted city.

Although Joanna has been associated with Griffin Properties for several years, her exposure to the world of real estate development began in her previous position as the office and purchasing manager for a large construction company, a post that led to her becoming a licensed construction supervisor. The skills that she developed while helping to coordinate large scale construction projects in a timely and cost efficient manner have been transferred to her work at Griffin Properties, where she is known and respected in the real estate community as a diligent and efficient salesperson who takes pride in the level of detailed attention that she affords to her clients.

She holds a B.A. in Journalism from Westfield State College, and lives in the Porter Square neighborhood of Somerville.

Phone: 617-354-5888 x 219
Mobile: 617-999-5658
Email: Lance@visitgriffin.com
For over ten years, Lance and his family made their home in New York City.  There, Lance was actively engaged in the theatre and film industries as both an actor and a producer.  He has successfully produced and acted in several critically acclaimed and award winning films.  Concurrently, Lance applied the business acumen that he learned in the film industry to the real estate world, where he was a successful agent in the highly competitive Manhatten market.  Lance's affability, enthusiasm, integrity, diligence, work ethic and negotiation skills have well served his Buyer and Seller clients over the many years in both the residential and commercial arenas.
Lance's intimate knowledge of Greater Boston and its real estate market is a tremendous asset for Griffin Properties and its clients.  In addition, he possesses an innate scene that, in many ways, the purchase or sale of a property is like a film production -- the quality of its preparation is seen in the final product.
A native of Cambridge, Lance currently lives in Arlington with his wife and two children.

A native and lifetime resident of Cambridge, Roger has worked in the real estate field for over 20-years, during which time he has successfully brought to completion well over two hundred transactions in Cambridge and its surrounding communities.

In addition to his deep knowledge of the real estate market, Roger's kindness and affability has transformed many of his clients into friends, who have enriched and strengthened his bond to the Cambridge area.

A strong voice for education, Roger's association with the community is also rooted in its public school system, where he was both a teacher and past President of the Cambridge Teachers Association. He has also served as a delegate at two Democratic National Conventions.

Roger holds a Bachelor of Science Degree in Political Science and a Masters Degree in Education, each from the University of Massachusetts. He also holds an advanced degree in Educational Administration, and has been a homeowner in Harvard Square for 30-years. 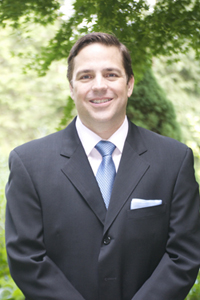 Adam Levesque comes to Griffin Properties after 20 years in the computer game industry. Adam used the knowledge gained working at Infocom and Papyrus Design Group to start his own company, Blue Fang Games. Blue Fang experienced considerable success for 10+ years, recognized most notably the game Zoo Tycoon published by Microsoft. At Blue Fang Adam was a Lead Designer, Executive Producer and Manager of over 50 people.

As the game industry went through a transition Adam realized it was time for a change. Since Chris and Adam have known each other for over 35 years and already worked together on real estate development projects it made sense for Adam to come work with Griffin Properties.  Adam’s patience and ability to listen and solve problems will help him transition into the competitive world of real estate.

A native of Cambridge and a product of the Cambridge school system, Adam currently lives in Sudbury with his wife and two teenage children.